The Future of Game Development 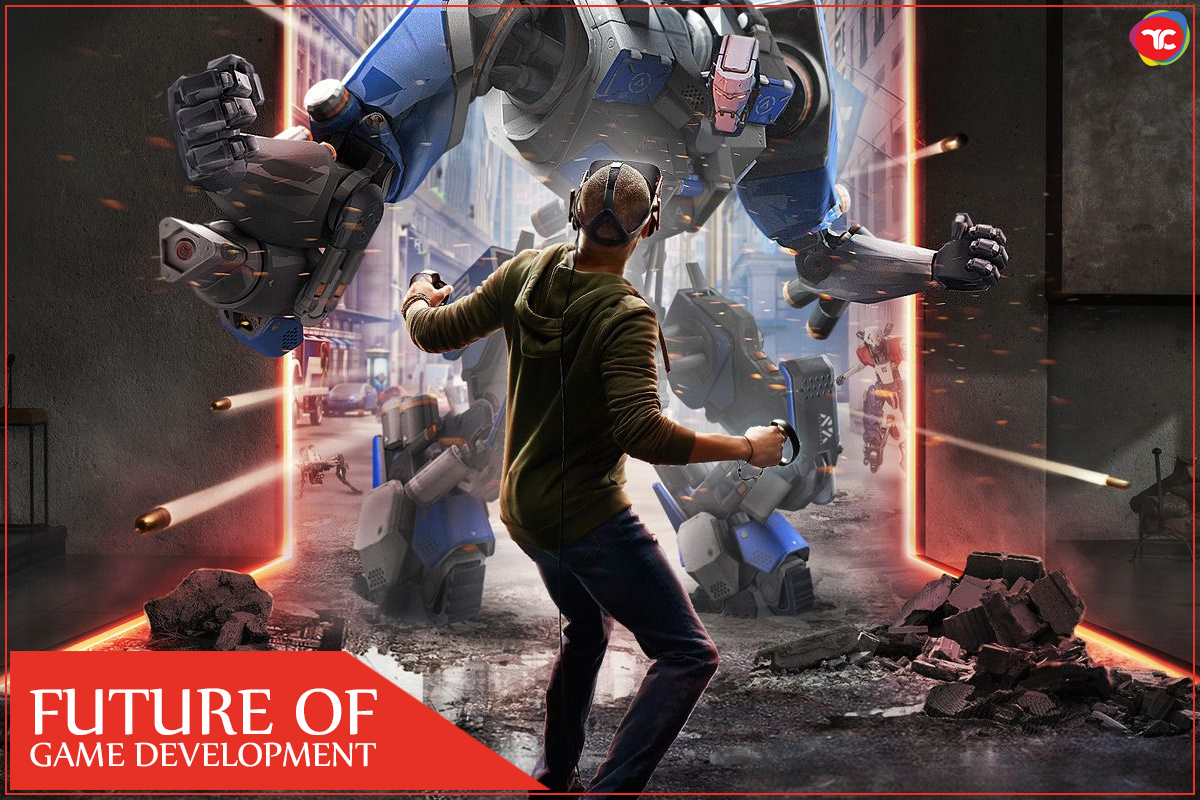 The Future of Game Development

The latest shift in the gaming trends is Virtual Reality (VR) and Augmented Reality (AR). These two technologies have taken the gaming industry to a whole new level. Thus, gaming fans, all over the world are raising demands for games with unique features and ideas. That is why major companies in the gaming business are trying to come up with the best outcomes for their customers.

And now with future predictions of the gaming market to climb up to $92 billion USD in 2020, it will not be amiss to say that the industry has only grown from time to time. To see the future of game development let us dive into some major predictions for the industry.

Believe us when we say Cloud Gaming is the next big thing. It will be one of the most substantial changes in the gaming industry. While the concept is not new, it has not yet been utilized widely. Many giant companies are looking for ways to bring gaming on the cloud. One of the most important features of Cloud Gaming is that it doesn’t require certain hardware capabilities as all the technicalities are done on the internet.

This means you don’t need an expensive gaming computer or a console. Furthermore, all the significant updates will be done on the internet too. With Google’s Stadia and Microsoft’s xCloud, it can be said that more such Cloud Gaming platforms will be developed in the near future.

After years of speculation, it is now expected that 5G will globally launch in 2020. This technology will significantly improve high speed online gaming and eventually provide a platform for developers and designers to build live streaming high definition graphics games. 5G is capable of providing 10 times more speed than 4G technology. Therefore, there is no doubt that 5G technology will reduce lagging and latency in the gaming world.

Apart from all this, 5G, when combined with Cloud Gaming, will boost the gaming market. According to a report, 25% of 5G Data Traffic will be caused due to Cloud Gaming. The technology will also improve mobile gaming with high-speed internet data.

Cross-Platform Gaming, also known as the Multi-Platform Gaming has a major role in the future of game development. Major gaming publishers are trying to develop games that can be played through various platforms rather than restricting their customers to playing certain games on single platforms. This means, be it iOS, Android, PlayStation, Xbox, etc., it doesn’t matter what device you are using; you can always join your friends through Multi-Platform Gaming.

Therefore, it is quite certain that the future of game development is more like the Multiplayer Era. Developers are focusing on balancing the graphics, design, and execution parts of various games so that they can be played on Multi-Platforms. One such game that supports Multi-Platform Gaming is Fortnite. It’s an online battle royale game which can be played on iOS, Android, PC, and gaming consoles.

Software tools like Godot Engine, Unity, Blender, etc. are providing a platform to indie developers to create their own games without using a specific Software Development Kit (SDK). This collaboration of the AAA and Indie game developers will result in modifications to existing games and the development of more advanced games in the future.

Though VR and AR technology have been in the business for a while, however, they have not yet been fully utilized. Both AR and VR have great potentials to change the way the gaming industry works. Games like Pokémon Go and Half-Life are fine examples that clearly depict the capabilities of Augmented Reality and Virtual Reality games.

With future gaming technology, we can expect VR to acquire hyper-immersive gameplay through photorealistic graphics. Additionally, with expensive hardware and software solutions in the future, it can be said that AR and VR will hit the big time in upcoming years.

Furthermore, the gaming industry predictions are also leaning towards the use of secondary devices and screens for gaming, upgraded consoles, location-based VR games, and much more. Upcoming years will be the most competitive ones for the gaming industry. So, be prepared for exciting new games in the future.

Get In Touch With Us!